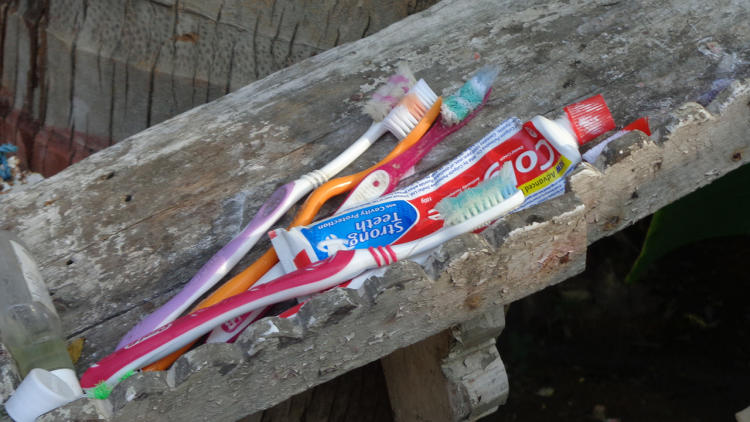 Tooth brushes from a home in India 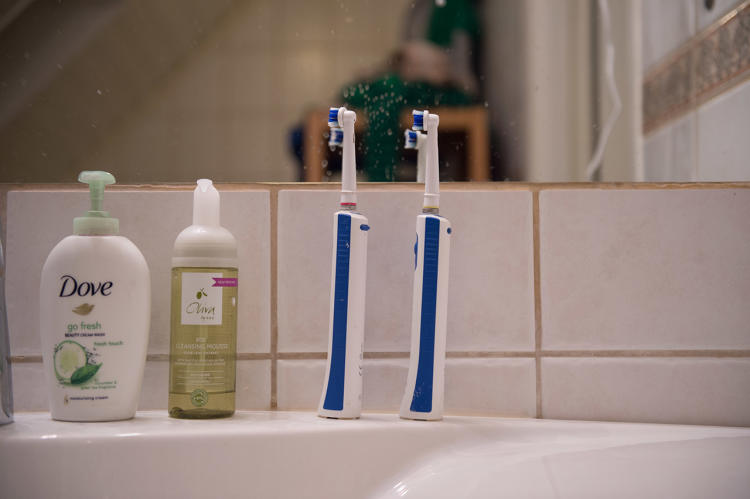 Tooth brushes from a home in Sweden

When we went into his house my colleague pointed out, “Your sweater is worth more than any other possession in house” That was a simple woollen that I bought from Amazon for Rs. 700. His room was totally bereft of any possession that exceeded even half of this amount. Heinous inequalities are found across material possessions, public-utilities and a host of other dimensions. In the tribal belts of South Rajasthan, inequality hounds you no matter where you go. Let it be in health, education, wealth gained through inheritance, income levels and talking about inequality in India, how can we forget caste? Here, I would like to focus on a few such indicators:

Social/income security: There are many aspects/dimensions to inequality but one of the first is that in social security, the lack of which drives many children out of school. Such children see others who are much better-off and desire the same for themselves. This pursuit of certain basic and not-so-basic necessities drives them out of school and into labour at the age of 13.

Inheritance: Parents who owned large tracts of land were able to move significantly higher on wealth indicators and have used this wealth to further their cause to move further upwards. This benefit has also resulted in them gaining important positions of power. The wards of such beneficiaries now have it much easier than others. This where Thomas Piketty, the celebrated French economist comes in.  In his blockbuster book ‘Capitalism in the 21st century’ he has outlined how rate of return on capital is greater than the growth rate of the economy. Meaning, if I invest in a flat, the rate of growth of this flat will be far higher than the rate of growth of my salary. This implies that people who have inherited wealth/capital/assets have a far greater advantage than those who don’t.

The role of caste: How can we forget caste while talking about anything related to India? Although I originally come from the Tam-brahm school of thought which says that reservation should cease to exist but I was already in a course-change mode, my experiences here have further strengthened this change: Reservation in Piketty’s world makes a lot of sense. Even if a tribal person through reservation acquires a government job he won’t be able to amass the wealth equivalent to the acquired wealth of an upper caste person. This may not be always true, I understood why some of the fiercest Gujjar agitations took place last year and before that, many of them were not much better from other SC/ST communities. Does this form of reservation mean that upper castes have squandered their opportunity for growth? Are we actually penalizing them?

Malnutrition and poor health: What about health? Poor health especially during the formative years has adverse outcomes in their adult lives on almost all fronts. This poor health may also in some form be genetically passed down the line (haven’t referred to any research to back such a claim). There is Pannalal who has a degenerative form of cancer and cannot go to work and just about gets by. Another who had to work since he was 11 years of age in trying conditions and although he earns well now still eats roti and shev for lunch. Lack of information on dietary habits has also resulted in poor health here.

Aren’t we forgetting gender equality here? There were instances where the girl child was not sent to school instead was asked to take care of the shepherd. How can we forget that? Empowering women is one of the foremost ways to combat inequality.

The matter needs to be urgently addressed since it will worsen in the near future. History has shown that as the problem keeps getting worse, governments tend to take aggressive steps with little thought on consequences. According to Raghuram Rajan, the housing boom inspired recession was a result of the successive American governments trying to address the problem of inequality through housing for everyone. India’s current Prime Minister has also addressed the same view where he wants housing for all by 2022. Politicians tend to look at inequality from the prism of housing for all.

I think an equal world is where everyone is on the same starting point where birth, race, gender and nationality shouldn’t matter. I don’t think this is possible in the near future. If we were to divide global income equally among everyone, I bet some will go far ahead than others. This is because some don’t have enough opportunities (education, thriving economy, etc.) To equalize opportunities is far tougher than say equalizing initial incomes. One of the main solutions for me is to allow people to take risks. What does this mean? For a tribal boy in South Rajasthan risk may mean to not take on that immediate job and study further for someone else it can mean quitting their job and starting a business which they are passionate about.

Here are some additional solutions:

Wealth taxation above Rs. 50 crore should be positioned not as tax but as an ‘investment’ to prevent social unrest and thereby support in a favourable business environment.