It is mandatory for the Gram Panchayats to prepare Gram Panchayat Development Plan (GPDP) for their economic development and social justice in the 73rd constitutional amendment. It has to be comprehensive and based on a participatory process involving the Gram Sabhas which includes all its stakeholders, keeping in view the needs of the Panchayat.

GPDP ensures planning by the people of respective Gram Panchayats. It can be a tool for integrated development in Panchayats. It’s also important because the planning process goes beyond infrastructure. It covers a variety of issues, such as poverty reduction, social challenges and meeting the needs of vulnerable groups. This includes both resources-based and no-cost interventions by Gram Panchayats.

Rural local bodies recieve grants, of which 50% is basic (untied) and 50% tied. The basic grants are used for anything except salary or other establishment expenditure. The tied grants are used for sanitation and maintenance of open-defecation free status, supply of drinking water, rain water harvesting and water recycling.

However, there are only a few places where this process is followed as stated above. Mostly, the GPDP is made only by the Sarpanch, Panchayat secretary and a few informed people from the village. Many times, villagers don’t even come to know about these meetings. This hampers the Panchayats in rising above their implementation role and venture into the planning policy role.

Acknowledging the process and also the issues that exist in terms of participation, utilization of grants, convergence of various sectors and themes for overall development and inclusion, Setu Abhiyan has been working with Gram Panchayats to overcome these challenges. The role of the organization is to facilitate the planning process of GPDP, in which they ensure that the Panchayat focuses on their holistic development.

It can be seen in different ways. For instance, all the issues related to women and adolescent girls come up through the facilitation of Mahila Nagrik Juth (women citizen groups) , adolescent girls’ groups or Focused Group Discussions (FGDs). In this manner, people speak about various issues like safety, sanitation, education. Also, the plans made by the social justice committees in seven panchayats were included in the planning.

Setu supports and facilitates the Panchayats from the beginning of the planning process. The team holds discussions based on different social as well as economic activities, ensuring participation of communities. The Panchayats are also assisted with the functioning of the E-Gram Swaraj portal on which we can see the status of all activities as well as monitor the published activities to check whether they have been done or not. This allows the Panchayats and the other stakeholders to keep a check on work done.

To gain further information on GPDP and observe the work done by other organizations, Setu arranged an exposure visit with Transforming Rural India Foundation (TRIF) in Petlawad, Jhabua, Madhya Pradesh. Here, the information was given on how to make GPDP more effective. Also, the nuances of how to include zero-cost activity in GPDP were taught.

One of the most important things to be learnt was how a new idea from the community, addressing an issue can become a policy recommendation.

The success of GPDP depends not only on making a great plan but also monitoring its implementation. In Madhya Pradesh, Gram Panchayat Coordination Committee monitors the work under GPDP. The GPDP through its ability to include issues of all people cannot let the Panchayat plan remain completely infrastructure oriented. Skill development of the Gram Panchayat facilitator (who also is the community resource person) is important. This is to keep GPDP functional even if the intervening organization stops its facilitation role.

Despite all this, there are various loopholes which contribute to the GPDP process not being fully functional. Thus, it remains a paper document. The evaluation mechanism of work done under GPDP isn’t strong. It has become synonymous with the provisions suggested in the 15th Finance Commission. The lack of coordination among government departments is also an inhibitor. The timeline of the work does not take into account the climate, sowing season and festivals.

GPDP formation, if done through the mandated process can transform Panchayats from implementing agencies to policy planning units. When the due process is followed, it accounts for the voices from all communities, even the marginalized ones. Hence, GPDP can become an important instrument for social inclusion. It can make Panchayats important convergence platforms for all government departments. 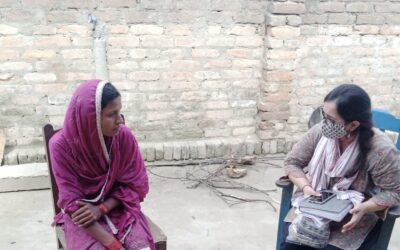 While growing up, I had many close friends through school and college who have...