Maharashtra is divided into 5 main regions: Konkan, Desh- Paschim Maharashtra, Khandesh – North Maharashtra, Marathwada, and Vidarbha. The food habits of each region are difference, deeply influenced by its climatic conditions, landscapes, and agricultural produce. As an India Fellow, I am placed with MANAVLOK at Ambajogai, a town located in the Marathwada region. Staying here for six months now has exposed me to the delicious Maharashtrian cuisine.

Marathwada is an arid region that lies in the central and the innermost part of the state. It was formed during the Nizams’ rule, and was earlier a part of the Hyderabad state, now borders Karnataka and Telangana. Therefore, its cuisine is considered to be diverse with a blend of flavours and spices also found in the Hyderabadi cuisine.

Indian food is infamous for the generous use of chillies. Maharashtra is one of the largest producers of Chilli but I found it hard to believe that it are not native to India. They were first brought by Portuguese to Goa, and from there it got spread across Maharashtra and other states. Byadagi is one of the spiciest chillies of Karnataka and is extensively used in Maharashtrian cuisine. Its influence can be seen in the dishes cooked across Marathwada.

The state is popular for its coastal food. The rustic flavors of the dry-belt of Maharashtra are relatively unknown to many. I’m listing out some of the delicious delicacies you should definitely try when you are here: 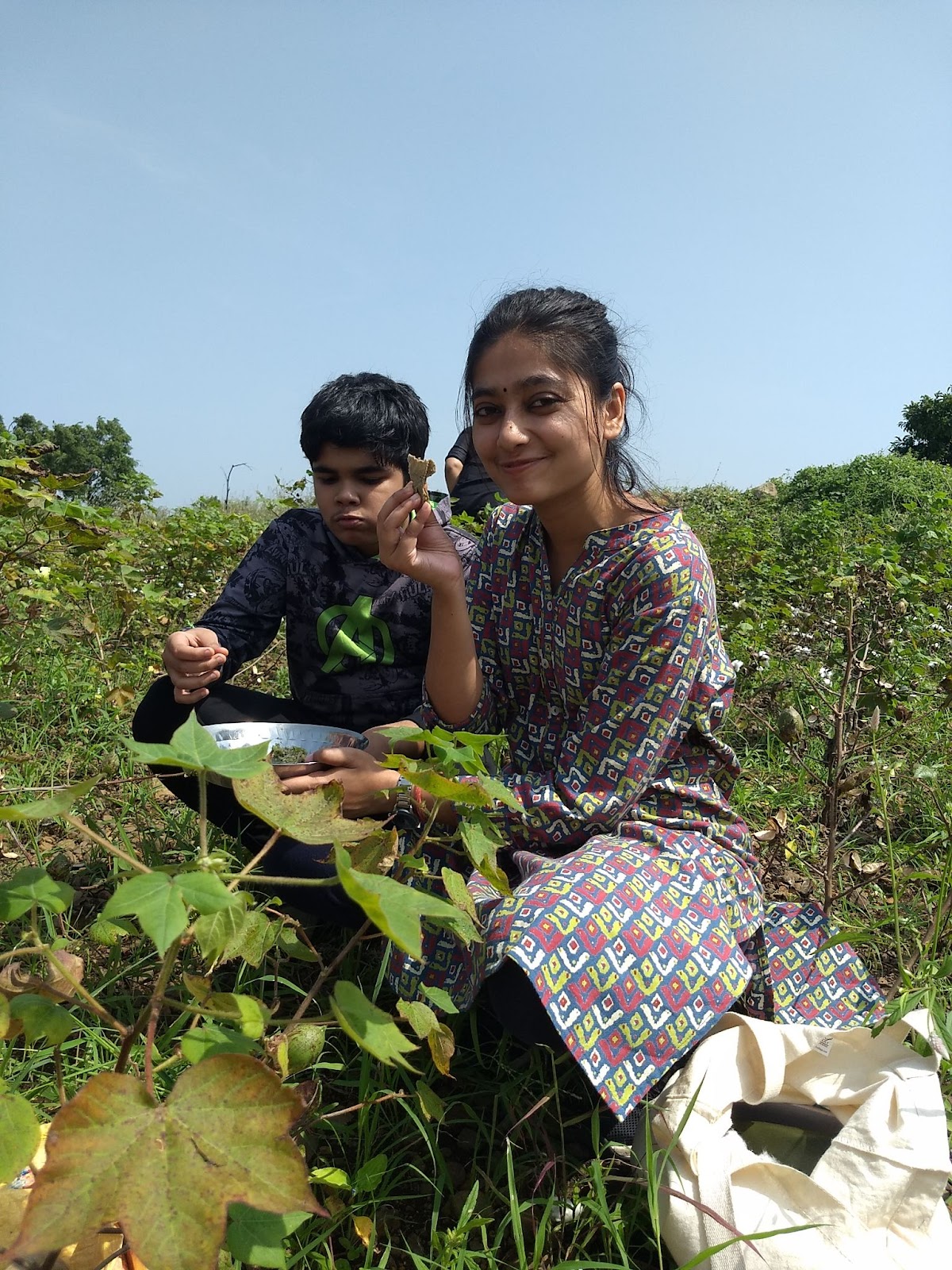 During my initial days, I visited Chichkandi village where I was offered Thecha along with Jowar bhakri (a kind of roti). Thecha is a spicy condiment native to Maharashtra, made with green chillies and garlic. It is a form of chutney with a coarse texture, traditionally made using a mortar and pestle. Bhakri is a flatbread made from either Jowar or Bajra. Unlike the Phulka of northern India, Bhakri is slightly thicker and more coarse. In most of the rural households, this combination along with achaar forms a part of a daily meal.

Thecha and Bhakri are the comfort food for most Maharashtrians. But it is definitely not for the faint-hearted. A tiny bit on your tongue can bring tears.

Jowar and Bajra are the staple grains of the region. The reason behind their extensive consumption lies in the geographical and climatic conditions of Marathwada. The drought-prone parts of the region are not sufficient enough for the cultivation of water-intensive crops like wheat, whereas Jowar and Bajra thrive in dry and arid regions.

One of the most famous Maharashtrian dishes is Puran Poli, a sweet stuffed parantha. The stuffing is made with a mixture of jaggery, chana dal, cardamom powder, and ghee. It is served with warm milk. Even before coming here, I had heard about this but never got a chance to taste it. The dish is often cooked during festive occasions like Kojagiri (Sharad Purnima) and Gudi Padva.

MANAVLOK celebrates Kojagiri with pomp and gaiety. Along with Kesar doodh and bhajiya, Puran Poli is also served. It wouldn’t be wrong to say that I was completely blown away by its mouth-watering taste. It reminded me of a dish made by my Grandmother called Puaa. It is a poori, made out of wheat with stuffing similar to Puran Poli. No wonder why kids love it so much.

Amti is the Maharashtrian way of making daal. It is prepared with arhar (toor) and tempered with chillies, curry leaves, and mustard seeds. Amti is versatile and has different versions across Vidarbha and many parts of Karnataka. The distinct feature of Amti in the Marathwada region is in its red chilli tadka. It is extremely spicy and can often leave you with a runny nose.

Dahi Dhapate is my favorite dish from the Marathwada cuisine. It is a flatbread that scores well at the taste as well as on health grounds. Dhapate is made with three different flours: Jowar, Besan, and Wheat. It is flavored with onion, garlic, coriander, and sesame seeds. The procedure to make it is slightly different than chapati or parathas – the circular shape is given by patting the dough on a plastic sheet with wet hands and then transferring it to the tava. This authentic Marathwada dish is served with curd (dahi) and leaves you with a homely and satisfying feeling.

What Chole Bhature is to Punjabis, Misal is to Maharashtrians. Misal Pav has different versions ranging from Puneri to Kolhapuri. It is made from a spicy mixture of sprouted legumes called Usal, and is served with a spicy thin red gravy called Rassa. The gravy is made with red chilli powder and oil. Misal is relished with pav along with onions as toppings. The Kolhapuri version is considered to be the spiciest among all the varieties. I tried Puneri one, which for a native Maharashtrian is not-so-spicy but for me, one bite was enough to make my palate go crazy.

Also known as Peanut chutney, this is a specialty of Marathwada kitchen. It is a dry chutney prepared with grated peanuts, garlic, red chilli powder, and cumin seeds. It is mildly spicy and is often consumed with bhakri, pav, dal khichdi, or daal bhaat. This chutney only takes 20 minutes to cook and can be stored in a dry jar for days. It is sure to enhance your taste buds in seconds, and is a go-to food for most Maharashtrians.

Apart from chutney, shengdana forms a base for most of the curries and gravies in Maharashtrian cuisine. It is added with vegetables to bring a crunchy element to the dishes. Items like sabudana khichdi, poha, bhindi, methi, and paalak are cooked with a base made from grated peanuts. In Marathwada, shengdana is not restricted to savoury dishes but is also used to make desserts, like Laddus. Shengdana laddus are made with roasted peanuts, jaggery, sesame seeds and nuts; and taste heavenly.

Shrikhand is a yogurt-based dessert combined with saffron and nuts. It is native to Maharashtra but is popular in other states also, specially Gujarat. It is made from hung curd, called ‘Chakka’. The curd is filtered and hung in a muslin cloth overnight to remove the extra water. The curd is then removed and well beaten with powdered sugar, nuts, cardamom, and Kesar.

Shrikhand is rich in flavor and is often served as a dessert in Maharashtrian weddings. It has many varieties, depending upon the ingredient used. The one made with Mangoes is called Aamrakhand and another variety made with rose flavour is known as Gulkand. This rich and delicious dessert is always a treat to have.

The traditional cuisine of Marathwada is wholesome and rich in flavour. It does not only offer spicy dishes but also a wide variety of desserts. I’m sure it won’t leave you disappointed!